Low Horizon is a three piece diy indie rock band with shoegaze/emo/lo-fi influence from Houston, TX. Our biggest musical influences are Sparklehorse, Yo La Tengo, Jeff Rosenstock, & Bright Eyes. Our sound has been described as "Ovlov meets the lo-fi sound of YLT", "fuzzy", "wall-like", and "Weezer having a party with the Pixies".

The anticipation was palpable when Low Horizon got together in August 2017 to record the follow up to their internationally acclaimed debut ep, "Four Songs too Long". However, the excitement was short lived. On Friday, August 25, Hurricane Harvey made landfall a couple hundred miles south of Houston; by Sunday morning Low Horizon's studio had taken almost six inches of water. While this was certainly insignificant compared to the unforgiving and indifferent devastation that disrupted the lives of thousands throughout the city, it put an indefinite pause on the recording process.

Written between July 2016 and 17, Low Horizon's forthcoming debut album "Eternal Depressed Summer" is about wasted potential, focusing on themes of isolation, hopelessness, and doubt. The album is influenced by the great neglected American ideals: late nights drinking alone; the misguided notion that success is making people more money than they pay you in exchange for health insurance; facebook friends with questionable politics.

By late November of 2017, Low Horizon was able to establish a temporary home for their recording equipment and begin tracking the album. The album was recorded on Saturdays, Sundays, and most Wednesdays from December to February, carving out some time for football games and opening Christmas presents. As the mixing process began, it became clear that the album had potential to be the exhilarating introduction to the Low Horizon legacy...

Low Horizon was technically formed in 2010 as a distraction between three lifelong friends (Jack, John, & Travis) from long school holidays, but didn’t really get serious until two of the members traded their instruments for stethoscopes on their way to med school in late 2015.

With the blessing of the retired members, John built a home studio in his childhood bedroom and re-recorded the band’s best songs as well as three new ones. He spent his spring nights and summer weekends tracking and mixing the album and brought it up to NYC for mastering.

Jasmine got her start in music at 12-years-old on the clarinet. She went on to study professionally at the University of Houston under the guidance of Randall Griffin, principal clarinetist of the Houston Ballet. During her studies, she became the principal player of the UH Wind Ensemble, orchestra, and Aura Contemporary Ensemble, premiered a ballet at the World Association for Symphonic Bands and Ensembles Convention as principal player, and played for Martin Frost. After graduation, she decided it was time for something cooler. She took up drums in late 2016, joined Low Horizon shortly after, and has been teaching herself ever since.

Brandon grew up on a steady diet of classic rock radio before expanding his taste. After meeting John in high school marching band he became enamored with the guitar and sought to make music worth of his idols, namely Bowie & Chad. He began planning a grand expedition to acquaint himself with the globe and her people. He hoped that the reward of this arduous journey would be further appreciation of purpose as it relates to the true self (or inherent lack thereof). Then John asked him to join the band and he said “a'ight.”

The band has been busy ever since; releasing tunes, recording music videos, and of course playing shows. 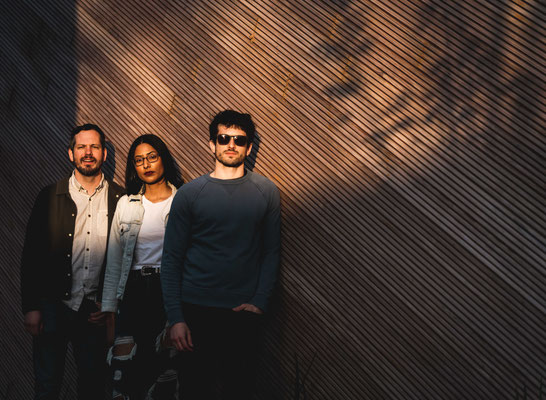 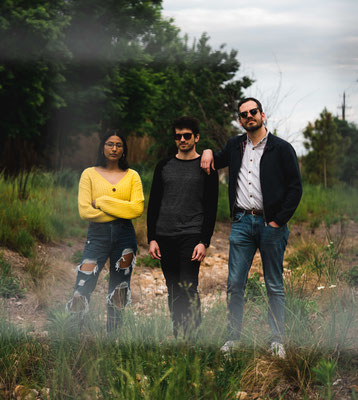 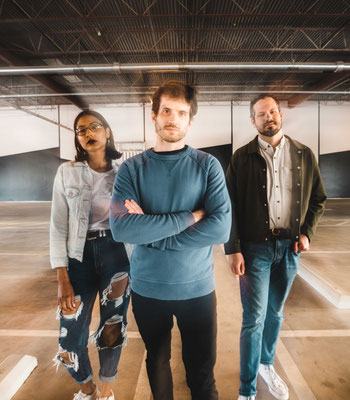 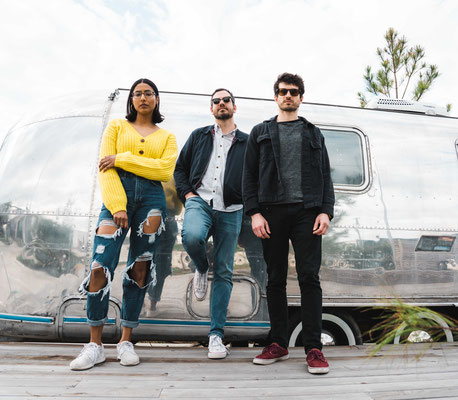 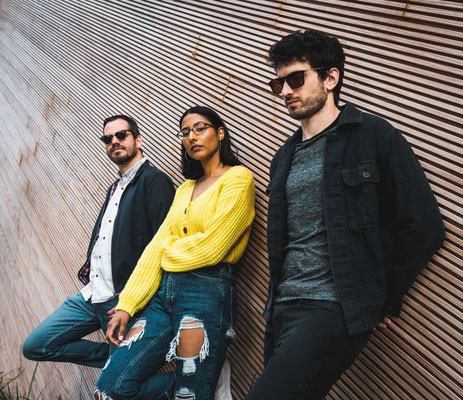